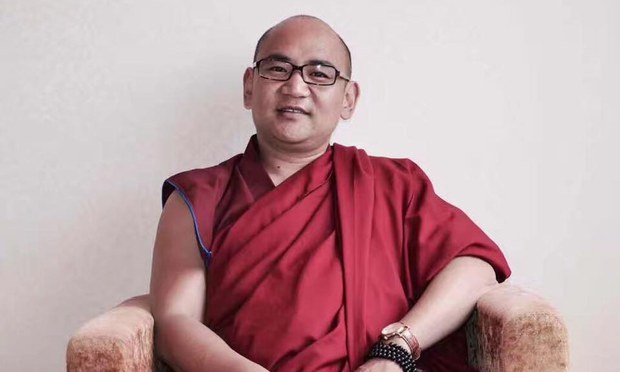 A Chinese court in Tibet has given a 10-year prison term to a Tibetan writer and educator known for expressing loyalty to exiled spiritual leader the Dalai Lama, with the sentence handed down in a secret trial, RFA has learned.

Gyatso will be moved soon to a prison near Tibet’s regional capital Lhasa, sources close to Gyatso said. No  details are available regarding the charges on which he was convicted.

Speaking to RFA, a Tibetan scholar living in exile described Gyatso – who had written books and articles describing restrictions on freedom of expression under Chinese rule – as an “open-minded individual who advocates the preservation of Tibetan language, religion and culture.”

“He also believes in the equality of humanity,” RFA’s source said, speaking on condition of anonymity.

“It’s sad news to hear about his 10-year sentence on Human Rights Day, and I want to call on the United Nations, governments around the world, and the international community to look into this matter immediately,” he said.

Human Rights Day is observed on the anniversary of the United Nations adoption on Dec. 10, 1948 of the Universal Declaration of Human Rights.

The Chinese government in October responded to a July 16 letter from U.N. human rights experts asking about Gyatso’s case, telling them that Gyatso had been placed in criminal detention “in accordance with the law on suspicion of inciting secession.”

“No such things as ‘secret detention,’ ‘arbitrary detention,’ or ‘enforced disappearance’ ever took place,” China said.

Gyatso had earlier endured a four-year period of detention, beginning in 1998 during a “Patriotic Reeducation” campaign in Ngaba, for possessing a portrait of the Dalai Lama.

He was also reportedly detained for a year in 2008 during a period of widespread unrest in Tibet, although the specific reasons for that detention were not immediately clear.

Tibet’s exiled spiritual leader the Dalai Lama is widely reviled by Chinese leaders as a separatist intent on splitting Tibet, a formerly independent Himalayan country which was invaded and incorporated into China by force in 1950, from Beijing’s control.

The Dalai Lama himself says only that he seeks a greater autonomy for Tibet as a part of China, with guaranteed protections for Tibet’s language, culture and religion.