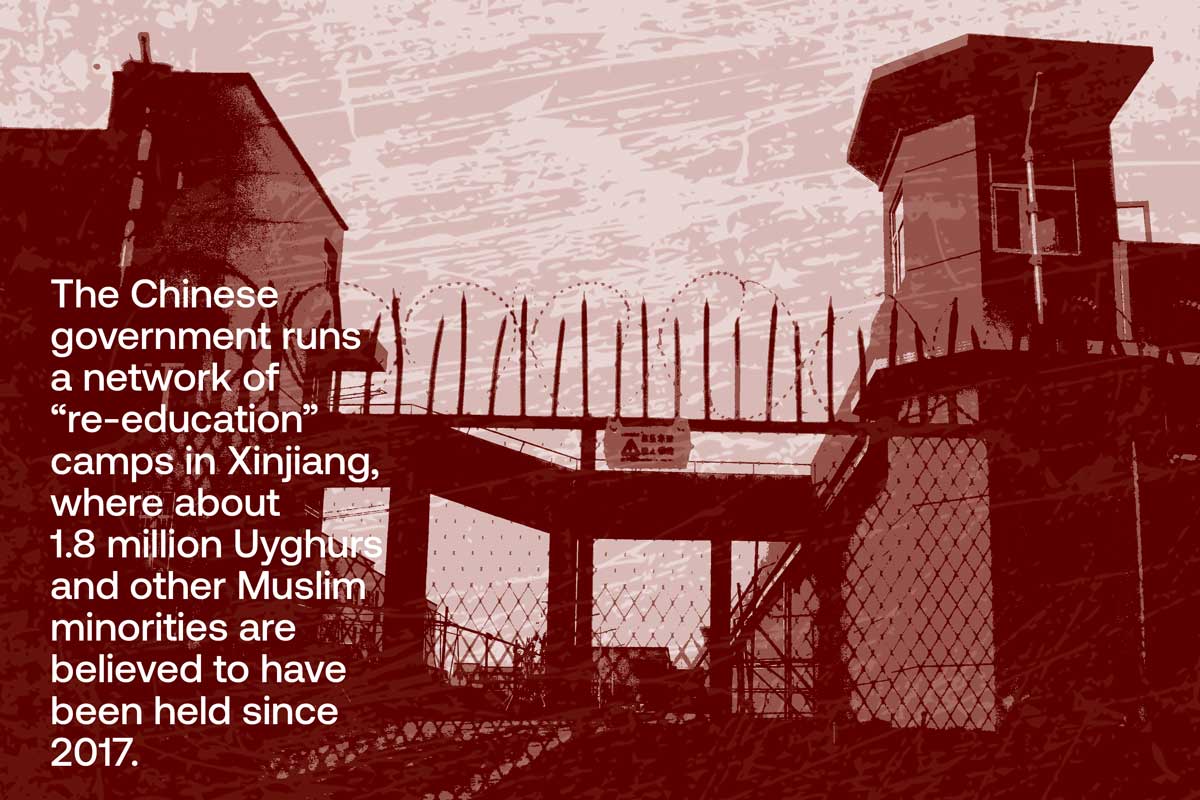 A Chinese job-placement company transferred more than 3,000 Uyghur workers, including girls as young as 16, from the Xinjiang region to factories in other parts of China this year and plans to send thousands more in early 2022, an RFA investigation has shown.

RFA’s Uyghur Service began investigating after a Chinese-language advertisement circulated on Weibo and WeChat said that more than 2,000 Uyghurs — aged 16 to 30, with good Mandarin Chinese skills, and vocational school degrees, the ad said — would be available to work for two years at sites throughout the country.

The ad did not list a company name but included a phone number that business executives in need of labor could call.

When RFA dialed the number, the woman who answered said the ad was posted by her job-placement company in Sichuan province’s Liangxian prefecture. The company had recently sent more than 3,000 workers from Kashgar (in Chinese, Kashi) to two different locations in China, the woman said.

“They’re no longer available. They’ve already been placed,” said the woman who did not give her name.

“All of them are from Kashgar — Uyghurs,” she said, referring to the oasis city in southern Xinjiang with a population of more than 700,000.

The Uyghurs had been transferred in June to two locations in Nanjing, Jiangsu province, where they receive salaries of 2,000 yuan (U.S. $313) a month, the employee said. The company, in turn, receives a subsidy of 600 yuan per worker per month, she added. But it wasn’t clear if the subsidy was taken out of the workers’ salaries or was a separate payment made to the job-placement company.

Some of the Uyghur workers sent to Nanjing were transferred from the Chinese government’s network of what Beijing calls “re-education” camps in Xinjiang, the recruiter said.

About 1.8 million Uyghurs and other Muslim minorities are believed to have cycled through the camp system since 2017. The detainees are held against their will and endure inhumane treatment and political indoctrination.

China has said that the camps are an effort to prevent religious extremism and terrorism in the region, where about 12 million mostly Muslim Uyghurs live.

In the four years since the beginning of the mass internment campaign in 2017, researchers have uncovered China’s use of Uyghurs as cheap labor in manufacturing and U.S. customs authorities have blacklisted Xinjiang products including solar-panel material, wigs, electronics, tomatoes and cotton over concerns thy were produced using forced labor..

In a follow-up call from RFA the following day, the same company employee said about 30% of the workers transferred from Kashgar to Nanjing were between the ages of 16 and 18. Previous reports by rights groups have not cited Uyghur teenagers among the forced labor workforce.

Thousands of additional workers are scheduled to be transferred in March 2022, though the company could send them earlier if needed, the employee added.

A Uyghur official at the Kashgar branch of the Xinjiang Women’s Association declined to say whether the workers had been transferred from the detention camps in Xinjiang. She denied that any female workers were part of the transfer.

“No, there was nothing connected to women,” she told RFA. “Had there been, they would have told us. Whatever the matter, you can ask the politics and law committee.”

Earlier RFA investigations into forced Uyghur labor in Kashgar revealed that nine former camp detainees, including Erkin Hashim, who had been released from a camp near the city’s airport, had been working as porters for a freight company at a loading dock in Kashgar city. They earned a monthly salary of 2,200 yuan, but had to surrender 900 yuan of it to staff at the camp in which they were previously held.

An October 2020 RFA investigation into forced Uyghur labor transferred from Imamlirim township in Uchturpan (Wushi) county in the region’s in the region’s Aksu (Akesu) prefecture, found that some local camp detainees had been sent to a factory in Aksu to work as part of a forced labor program.

At the time, a township security official said that “outstanding” graduates from “re-education” centers were forcibly sent to work on three-year contracts at the Aksu Huafu Textile Factory, which produces cotton yarn for clothing manufacturers. He also said that the workers were not allowed to leave to visit their families.

The facility, which employs mostly Uyghurs, is part of China’s Huafu Fashion Company, which has been identified as part of the forced labor scheme and was placed on the U.S. “Entity List” in May 2020 for human rights violations and abuses.