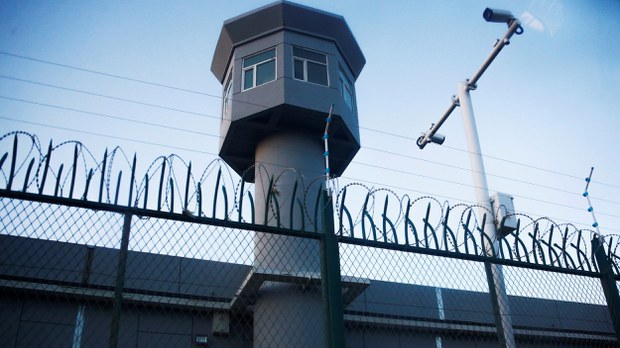 A Uyghur man living in China’s Xinjiang Uyghur Autonomous Region (XUAR) was sent to an internment camp four years ago for the crime of speaking to relatives overseas, contradicting Chinese claims that Uyghur residents of the region are free to keep in touch with family members abroad.

Eli Juma, a resident of the No. 5 Village of Imamlirim township in Aksu (in Chinese, Akesu) prefecture’s Uchturpan (Wushi) county, was detained and sent to a camp in early 2017 for speaking to his uncles Jelil Juma and Helil Juma, both of them living outside China, three years before.

“Yes, he was in contact with his uncles, in contact with his relatives,” a village police officer in Uchturpan confirmed to RFA in a recent interview. “He spoke to them on the phone. I believe it was in 2014,” the officer added, speaking on condition of anonymity for security reasons.

Details of where Juma’s uncles now live were not immediately available, though RFA’s source said that one or both of the men were believed to have previously owned a corner store in Uchturpan.

Word of Juma’s confinement in a camp was shared with community members at a meeting of the Imamlirim village committee in December 2018, the police officer said, adding that Juma—a farmer and volleyball enthusiast believed to be in his late 30s—was later sentenced to 15 years in prison after spending two years in the camp.

Juma’s jailing for the crime of speaking to relatives overseas contradicts Chinese claims that Uyghurs living in the XUAR and abroad are free to contact each other.

Speaking in January at a press conference, official XUAR spokesperson Zulhayat Ismail said that Uyghurs living in the region maintain normal contact with family members living outside China, and that only a small group of Uyghurs living in Xinjiang have decided to cut off contact with what he called “separatist” relatives overseas.

Challenged by foreign reporters, Ismail said however that some Uyghurs living abroad may have forgotten the phone numbers of their relatives in the XUAR and thus been unable to get in touch with them.

Speaking to RFA in an earlier report, a village-level security director in Korla in the XUAR’s Bayingolin Mongol Autonomous Prefecture said that Uyghurs who had previously traveled abroad were being brought into camps to be “reeducated,” as contact with foreigners may have allowed anti-state sentiment to grow in their minds.

Detainees would not be allowed to leave the camps until they had expressed sincere regret for their actions, he said.

Since early 2017, Chinese authorities have put an estimated 1.8 million Uyghurs and other Muslim minorities in the XUAR into political reeducation camps that Beijing says conduct vocational training to combat extremism.

Former detainees have also described being subjected to torture, rape, sterilization, and other abuses while in custody.

Parliaments in Canada, The Netherlands, the U.K., and Lithuania, and the U.S. State Department have described China’s actions in the region as “genocide,” while the New York-based group Human Rights Watch says they constitute crimes against humanity.