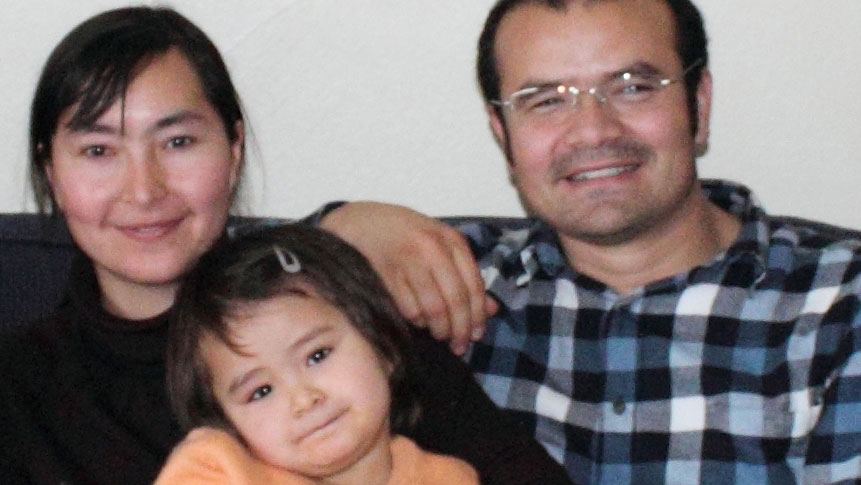 The niece of prominent Uyghur scholar and linguist-in-exile Abduweli Ayup has been confirmed to have died while being investigated by state security police in Kashgar (in Chinese, Kashi) Prefecture in northwest China’s Xinjiang Uyghur Autonomous Region (XUAR), according to official sources.

Mihray Erkin, a graduate of Shanghai’s Jiao Tong University with a degree in plant biotechnology who had gone on to complete a related master’s degree in Tokyo University before becoming a researcher at Japan’s Nara Institute of Science and Technology, returned to the XUAR in August 2019 after authorities in Kashgar put her parents under pressure to call her home.

In late 2020, RFA’s Uyghur Service reported that Erkin was believed to have died while in detention in one of the XUAR’s vast network of internment camps, where authorities in the region are believed to have held up to 1.8 million Uyghurs and other Muslim minorities since early 2017. The report could not be independently confirmed at the time.

After denying the camps’ existence initially, China in 2019 changed tack and began describing the facilities as residential training centers that provide vocational training for Uyghurs, discourage radicalization, and help protect the country from terrorism.

But reporting by RFA and other media outlets indicate that those in the camps are detained against their will and subjected to political indoctrination, routinely face rough treatment at the hands of their overseers and endure poor diets and unhygienic conditions in the often-overcrowded facilities.

Former detainees have also described being subjected to torture, rape, sterilization, and other abuses while in custody.

Parliaments in Canada, The Netherlands, the U.K. and Lithuania, and the U.S. State Department, have described China’s actions in the region as “genocide,” while the New York-based group Human Rights Watch (HRW) says they constitute crimes against humanity.

While few details of Erkin’s status were available when RFA learned of her reported death last year, a source from her hometown of Toqquzaq (Tuokezhake), in Kashgar’s Kona Sheher (Shufu) county, recently confirmed the reports and said police had since made threats to her family.

“Mihray died in November 2020 while in detention and after she died, authorities told the family members to remain silent about it,” said the source, who spoke on condition of anonymity citing fear of reprisal.

“Reports of her death came out on Dec. 20—the same day she was buried while under surveillance by local police. Three family members participated the burial.”

According to the source, the day after Erkin’s burial, police told family members that if they spoke out about the death, they would be “imprisoned” for “disclosing state secrets” and “defaming the police.”

The source said that police in charge of Erkin’s case had attributed her death to “a disease” that her family had “hidden” from them and added a falsified medical record to the official report as proof, which he said he had seen a copy of.

He said police forced family members to record a video testimony confirming that Erkin suffered from a ‘disease’ and had ‘died at home,’ although the video was never released for reasons that remain unknown.

The source said Erkin had died while being detained and investigated by members of the Kashgar Public Security Bureau at the Kashgar Yanbulak Detention Center, suggesting that her death may have been the result of interrogation.