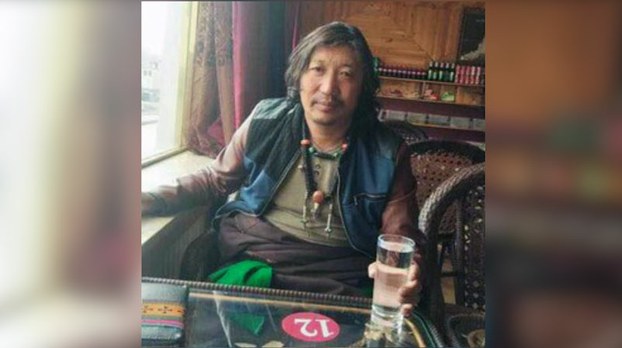 A Tibetan man detained in Qinghai on charges of disturbing social order after he complained online about corrupt officials, illegal mining, and the hunting of protected wildlife was convicted on Friday following a two-day trial and handed a seven-year term in prison, a Tibetan advocacy group says.

Anya Sengdra, a resident of Kyangche township in Gade (in Chinese, Gande) county in the Golog (Guoluo) Tibetan Autonomous Prefecture was widely respected in his community for his campaigns, London-based Free Tibet said in a statement.

“[His] arrest and conviction fits a wider pattern of harassment of Tibetan activists and environmental defenders, which has [now] seen hundreds of arrests,” Free Tibet said, adding that roundups by Chinese police are conducted as a crackdown on so-called “criminal gangs.”

Sengdra’s work to end corruption and protect the environment “highlighted problems that the authorities should have taken seriously,” Free Tibet said. “But rather than listening, the [Chinese Communist Party] decided that A-Nya must be locked away in silence.”

Sengdra’s lawyer Lin Qilei said in a tweet following the trial that his client refused to accept the court’s verdict against him and will appeal his sentence, Free Tibet said.

Elected Kyangche township chief in 2014, Sengdra was later jailed for 15 months after raising questions about government corruption and served his term at hard labor, suffering damage to his health, sources told RFA in an earlier report.

Before his arrest in December 2014, Sengdra had questioned local authorities about their use of money assigned for projects in the township, one source said, adding, “He argued with them about the mismatch of funds announced by the government and what was actually spent.”

“This could have angered authorities and led to his detention,” the source said.

Development projects in Tibetan areas have led to frequent standoffs with Tibetans who accuse Chinese firms and local officials of pilfering money, improperly seizing land, and disrupting the lives of local people.

Many result in violent suppression, the detention of protest organizers, and intense pressure on the local population to comply with the government’s wishes.