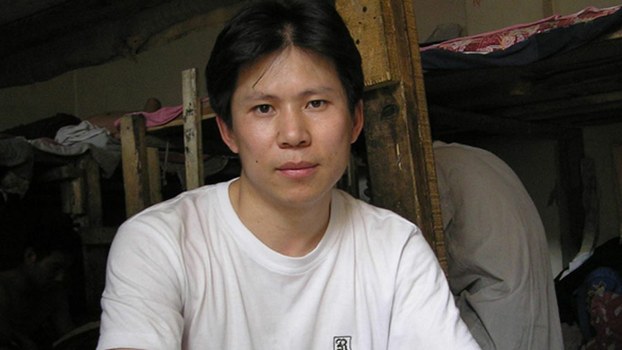 Relatives of those who died in the 1989 massacre that ended weeks of mass, student-led protests on Beijing’s Tiananmen Square have been awarded a Women of Courage Award by the State Department on the anniversary of the June 4 crackdown.

The Tiananmen Mothers, who represent the families of victims, many of whom are the elderly bereaved mothers of young victims, said the award was significant for its honoring of lost lives, and represented a condemnation of atrocities committed by the Chinese Communist Party in 1989.

Founding member Ding Zilin, whose 17-year-old son Jiang Jielian was gunned down by People’s Liberation Army (PLA) troops after ruling Chinese Communist Party elder Deng Xiaoping ordered the army into Beijing, has been the target of ongoing harassment and surveillance by the state security police, along with many other group members.

The group still writes to Chinese leaders every year on the anniversary of their loved-ones’ deaths, calling on the ruling party to make contemporary public records of the crackdown, to award compensation to those who lost family members, and to hold accountable those responsible for the killings.

“Thirty-one years ago, the Chinese Communist Party massacred hundreds in Tiananmen Square,” deputy secretary of state Stephen Biegun told a virtual award ceremony. “Those lost are remembered every year not only by the international community but by their families every day, who keep alive the memory of their loved ones.”

“For the families, the fate of their sons, daughters, sisters, brothers, mothers, fathers have never been acknowledged by the Chinese Communist Party and their final resting place remains unknown,” he said.

“These families have demonstrated immeasurable courage in the face of tragedy and loss, and have, at great cost to their own lives, continued to advocate for holding those responsible accountable,” Biegun added.

Former 1989 student leader Tong Yi, accepting the award, said she had been standing at Fuxingmen, some two miles west of Tiananmen Square, when the first bullets began to be fired in her area.

“In an effort to block the approach, citizens where I was had placed buses across the road and set them ablaze,” Tong recalled. “Shortly after midnight, the army’s front-line troops arrived and began removing the burning buses.”

No response to annual requests to leadership

The tanks arrived and two people fell nearby, Tong said, adding that Jiang Jielian had died around one hour earlier on the same “avenue of death.”

“He was the son of Ding Zilin, and the main reason why the good professor, at great risk to herself, began speaking out and organizing others who had lost family members in the massacre,” she said. “This was the birth of the Tiananmen Mothers, a group that eventually came to number several hundred.”

Tiananmen Mothers spokeswoman You Weijie said the key significance of the award is to show respect for lives lost, and condemn the atrocities perpetrated by the Chinese Communist Party.

“All of our families lost loved ones back then,” You said. “We have submitted out three requests year in, year out for the past 31 years, and we have never had any kind of response.”

“Instead, we have been targeted for surveillance and harassment by the police,” she said.

“The biggest significance of this award is its recognition of our courage; respect for life is the greatest condemnation of the act of killing,” You said.

Receiving the award by video link, Tong quoted a 2018 letter from Ding as saying: “My only hope is to live in dignity and to die with dignity,”

Meanwhile, authorities in Macau detained the two daughters of pro-democracy lawmaker Au Kam San after they attended an event commemorating the massacre on Thursday night.

They were taken to a nearby police station and held for three hours, before being told they wouldn’t be prosecuted, Au said.

“My two daughters brought photos here and they said they were part of a gathering,” Au said. “This is completely ridiculous.”

The photos included the famous image of the “Tank Man,” a solitary, unarmed citizen in shirtsleeves blocking a column of tanks, shopping bags in hand. Au’s daughters had also placed electronic candles nearby.

“It’s not illegal to display a photo album and light candles in Macau,” Au said. “I think this must have touched a raw nerve.”

A U.S. writers’ group also announced it would award its Freedom to Write award to detained Chinese dissident Xu Zhiyong on the 31st anniversary of June 4.

Xu, who was detained by police in February after penning an article calling on President Xi Jinping to step down, was the winner of the 2020 PEN/Barbey Freedom to Write Award, the group said.

“The one that resulted in his arrest was a detailed, blistering analysis of President Xi Jinping’s blind spots and shortcomings as a leader, published while COVID-19 still raged in China,” Nossel said.

She said Xu’s detention formed part of a Chinese government effort to control the global narrative about the coronavirus pandemic, including by disciplining Chinese doctors and journalists who tried to sound alarm bells and punishing critics of the government response to the pandemic.

“In his writings, Xu has been a persistent voice calling out Beijing’s intolerance for dissent—and campaigning for social equity, rule of law, and a joyful vision for his country’s future,” Nossel said.

According to PEN, China held 73 writers and public intellectuals imprisoned or detained for writing at the end of 2019, making it one of the world’s biggest jailers of writers.

“American PEN gave Liu Xiaobo the Freedom to Write Award in 2009, and now Xu Zhiyong is receiving it,” Zhang said. “Both awards were well-deserved, and will definitely have a far-reaching impact.”

U.S.-based legal scholar Teng Biao said the award would serve as encouragement for all Chinese political prisoners and prisoners of conscience, rights activists and dissidents fighting for freedom. 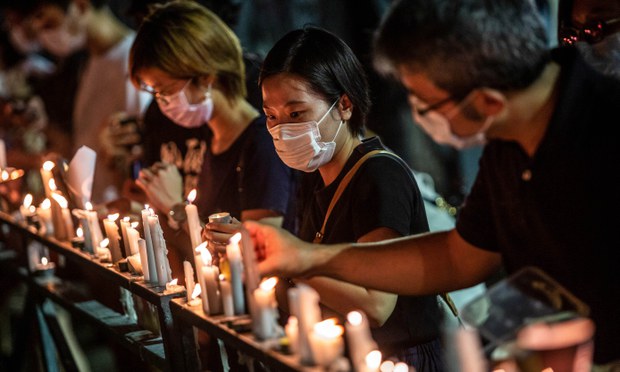 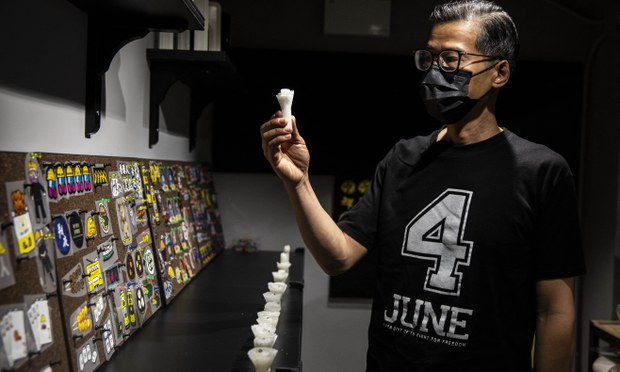 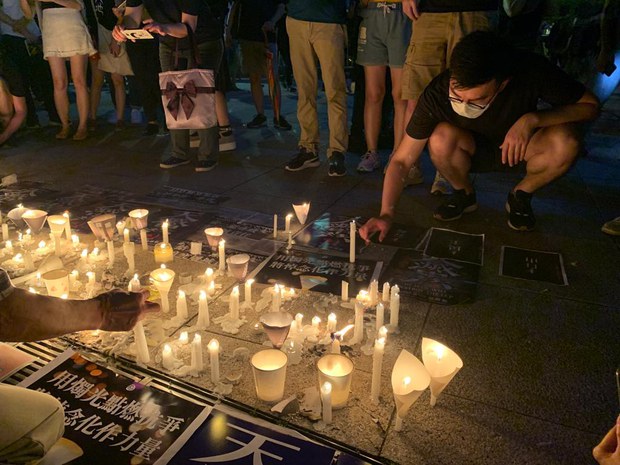