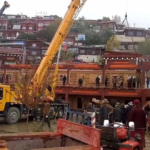 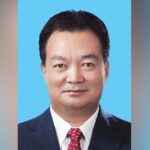 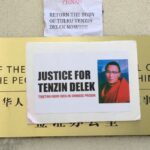 China’s campaign against ethnic Uyghurs extends well beyond its borders, according to a new report from a rights advocacy group that says Chinese agents have tracked, harassed and threatened members of the Muslim community in 22 countries.

“The scale of China’s transnational repression of Uyghurs

The newly appointed Chinese Communist Party (CCP) boss in Tibet, a hardline apparatchik under multiple international sanctions for severe human rights abuses in neighboring Xinjiang, is expected to apply to Tibet’s Buddhists the same harsh policies carried out against the Muslims in Xinjiang, Tibetans and experts said.

Chinese authorities are banning public discussion of a popular Tibetan religious teacher six years after his death in a Sichuan prison, removing him from official religious histories and shutting down an online chat group devoted to his memory, Tibetan sources say.

Zhang, 37, was sentenced to four years’ imprisonment by Shanghai’s Pudong District People’s Court on Dec. 28, 2020, and has been eating very little food, rather than refusing anything, to

A Uyghur man living in China’s Xinjiang Uyghur Autonomous Region (XUAR) was sent to an internment camp four years ago for the crime of speaking to relatives overseas, contradicting Chinese claims that Uyghur residents of the region are free to keep in touch with family members abroad.

Activist Shamsiye Hajibeg is the wife of Nurmemet Abdulmijit Turkistani, president of the East Turkestan Australian Association, a Uyghur advocacy group. It is believed that authorities in Xinjiang have placed dozens of members of Nurmemet’s family into camps, though little detailed information is known about their fate.

Authorities in a Tibetan-populated county of northwestern China’s Qinghai province have shut down a Tibetan-run private school, forcing some students to enroll in government schools but leaving others who have no families to fend for themselves, Tibetan sources say.

Authorities in the southern Chinese province of Guangdong have applied to arrest a human rights lawyer after holding him under residential surveillance for six months, his friend told RFA.

Rights lawyer Zhou Xiaoyun, who formerly worked as a senior editor at the cutting-edge Southern Metropolis Daily newspaper in Guangzhou